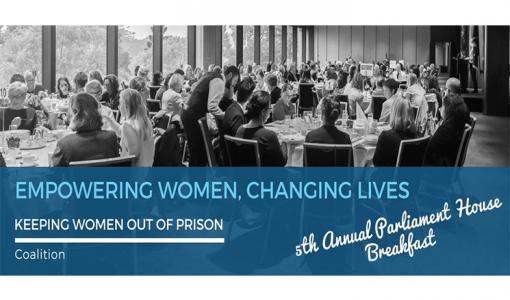 Tickets are $70 + GST and fees
Make your Donation Now

She was appointed to the Aboriginal and Torres Strait Islander Commission (1990) and was a winner of the 100 Women of Influence 2013 in the Social Enterprise and Not For Profit category. In 2015 June received the Menzies School of Health Research Medallion for her work with FASD.

June has a Bachelor’s Degree in Business from the University of Notre Dame, Broome, Western Australia, and is currently writing her Phd. June is a co-founder of the Yiramalay Wesley Studio School and is a Community member of the Fitzroy Valley Futures Governing Committee.

In February 2017, she was awarded an honorary doctorate from Edith Cowen University.

If you are unable to attend but would like to help, you make an onlin donation to Sydney Community Foundation’s By My Side. Funds raised as part of this year’s Breakfast will be donated to The Miranda Project through the CRC. The Miranda Project aims to assist women at risk of contact with the criminal justice system to: